Cogitating on the 60th anniversary of the PRC, one cannot fail to consider the current state of the USA, and as a microcosm, our domestic automotive industry.

Yesterday, it was announced the deal with Penske to buy Saturn fell through, and so dies another GM marque. In this case, I have a personal interest, as I drive a Saturn. I bought it on one gruesomely hot day years ago. I remember the day quite clearly, as at the time I was traveling quite a bit and had rented a series of then-current Detroit iron to evaluate the offerings. I had settled on a Dodge product (yes…I know), and due to the repairs required to keep my very old Ford running, we could delay no longer. So with pregnant wife and little girl in tow, we went car shopping.

Before you cut in to to ask why Mr. China, Mr. All-Things-Asian here has a problem with foreign brands, just don’t. It’s complicated and irrational bordering on schizophrenic. Just stick with the story.

And before you interrupt again and ask why Mr. Captain-of-Industry drives a Saturn, here’s why – cars, like horses, are for riding. For basic transportation. When one dies, you get another one. If you need to a car to show the world how cool you are, you’re not. If I show off anything in this world, it’s my wife.

Now, I’ve lived in Singapore, Taiwan, and spent considerable time in South China. I grew up working summers in Virginia factories without A/C. I cut my teeth as a manager in a South Carolina metal stamping plant that (surprise) got hot in the summer time. I can handle the heat, but the parking lot of that Dodge dealership reminded me of the scene from Lawrence of Arabia where they have to cross a stretch of desert called “The Anvil of the Sun”. My daughter, not yet 3 if I remember, just wilted. I thought my wife was going to have heat stroke. The BEST part – the part that still informs my concept of customer service to this day – was that I could see the entire sales staff in the air conditioned office, drinking sodas and looking out the window at us – the only customers in the place – in-between telling jokes to one another and calling their girlfriends on the company phones.

After 10 minutes of cooking my family and waiting for someone to bestir themselves to come sell me a car, i.e., do their jobs, I loaded the family into the wife’s Oldsmobile (yes…I know) and drove 300 yards down the road to the Saturn dealership. One (1) hour, several bottles of cold water and snacks to reconstitute the toddler in the A/C, later and I had a Saturn. Yes..I know. It’s not a great car, but it is fast enough, gets decent mileage and is (apparently) invisible to radar. 100k+ miles later, and it is still going strong. In that time, the dealership has always been friendly and professional. I will sincerely mourn seeing these hardworking and decent people lose their jobs. They have done nothing wrong other than sell and service a decent people-mover at a fair price.

And the Dodge dealership? It got its franchise revoked by the Obama administration. Now when you drive by its empty lot, you are greeted with huge banners saying “YES, WE’RE STILL HERE! PARTS DEPARTMENT STILL OPEN!”. I won’t comment on the political or economic wisdom of that move by the government but as far as it applies to this particular dealership?

All this was put into sharp focus by this brilliant piece by the Autoextremist.com about Cadillac’s attempts to return to the top of the heap. As the article points out, Cadillac’s recent product offerings are excellent, but after so many years mediocrity interspersed with chunks of mind-blowing awfulness, the recent successes only get you back in the game. You have to maintain this level and build on it for at least a decade or more before you have a chance of getting back on top. And the author, Peter M. De Lorenzo, fears as I do that Cadillac won’t. Here are the key paragraphs:

Because it will take an all-consuming passion of total commitment – a relentlesswant to, if you will – on the part of the entire organization, something that currently only appears sporadically and only in some quarters of the division.

It will take a clear understanding of who they are and a clear vision as to where they want to go (an idea that perhaps sounds a bit too simplistic, that is until you’ve been inside some of these organizations and realize how difficult it is to get everyone on the same page and pulling in the same direction).

It will take a focused consistency in their design and engineering regimens and particularly in their product execution. What does that mean? If Cadillac is to be Cadillac again, the people toiling in it need to understand that the division’s recent resurrection to respectability is only that, respectability. It’s not a ticket to “the club” yet. Yes, the CTS-V is an incredibly outstanding machine, but it shouldn’t be the culmination of where Cadillac wants to be, because it’s just the beginning. Every single new Cadillac must bristle with the kind of creativity and executional excellence that’s evident in the CTS-V if the division is to attain real greatness.

If Cadillac wants to get back – all the way back – to the reputation it once enjoyed and thrived upon then it has to put its stake in the ground and understand that the raison d’etre that once propelled it to greatness, that brand image that was seared in the consciousness of consumers for decades has to not only be renewed, it must be embellished and enhanced for this new age.

Laughable? Not from where I sit. This isn’t a technology issue or a talent issue, because Cadillac has everything it needs to succeed as a luxury-performance automaker.

China was once the top of the heap. 1000 years ago, anyone visiting this planet would have taken one look at the Middle Kingdom and decided that was the place to be. And then they stumbled, became complacent and fell far behind. Now they are charging back. And there is no question in my mind that they have the want to part of the equation figured out. Frankly, sadly, I’m not so sure about America anymore.

As I’ve said before, China is back, and saying so isn’t anti-American or pro-Chinese. Mike and I saw this coming more than 15 years ago and planned accordingly. We realized then, as I cautioned students at my alma mater last month, there are easily 3 billion people on this planet who want your job. The world is an intensely competitive place. If you want to succeed you have to get the want to part down.

PassageMaker has grown in 10 years from one guy with one customer to a company of 150 people with customers around the world. Mike and I and the rest of the PassageMaker team have the bricks-and-mortar and the technical capabilities, either in-house or through our Endorsed Service Providers to make your project a success if China sourcing is required. But most importantly, for us, want to is not an issue. 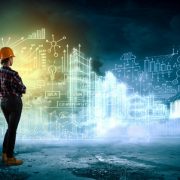 Setting up an exclusivity agreement with a China supplier

I’m your cult of personality
0 replies

Nothing is harder than simple It is a huge misconception that creativity is confined to “the arts&#...
Scroll to top