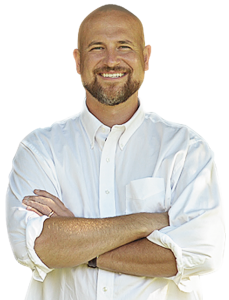 PassageMaker’s Founder, Former GM and current Chairman of Advisory Board

Having faced protecting intellectual property in China and quality control issues early on in his career, Mike decided to do something about it by creating the PassageMaker concept while an MBA student in the late ’90’s. Before organizing PassageMaker, Mike worked with The Brock Group, an international trade and investment consulting firm managed by President Reagan’s US Trade Representative Bill Brock in Washington DC.

Mike moved to Asia in 1994 and has structured sourcing investments in over 150 production classifications for US and European clients during his time in China. He received his double degrees in Diplomacy and Economics in Washington DC and later went on to gain an International MBA from the University of South Carolina which included a year of full-time graduate level courses at the Harbin Institute of Technology and University of International Business and Economics in Beijing.

Mike is the author of “The Essential Reference Guide to China Sourcing” and has been interviewed by the Wall Street Journal, Bloomberg, CNBC and profiled in the Financial Times’ feature “A Foot in Both Cultures”

Before building a career in China, Mike spent 2 years as a Rotary Foundation Ambassadorial Scholar studying Japanese Factory Management in Tokyo and Osaka. Later he studied the Chinese language in Manchuria and Beijing. Mike reads, writes and speaks Chinese. Based in Shenzhen with his wife and daughters. Born in 1972.

In December 2013, Mike retired from the day-to-day management of PassageMaker. He remains on our board of advisors.

Anita has owned and operated a number of businesses since graduating from NanHua Ligong University in Hunan with a degree in management. She was involved in TV and Movie Production/Distribution before turning her focus toward international business and fashion.


Anita was the Hong Kong China representative to the Mrs. World competition and remains very active in the fashion and modelling industries. She owns an agency in Shenzhen, helps organize fashion events and is a national level judge for competitions.

At PassageMaker she serves on the board of advisors with a focus on administration & government relations. Based in Shenzhen. Speaker of Mandarin, Cantonese and English.

The rest of the advisory board consists of PassageMaker’s Director of Sales & Marketing, an Outside Legal Counsel, the Current GM + the Current CFO.