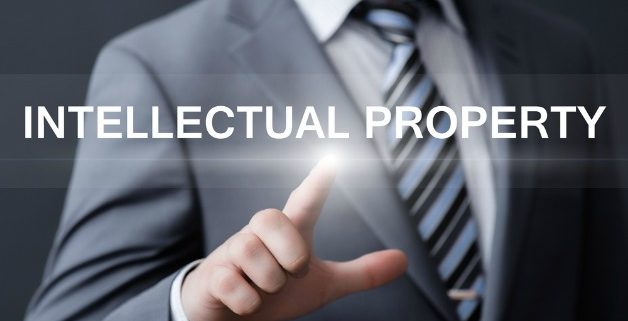 I know some people are worried that maybe their ideas will get knocked off in China, that if you find a supplier that supplier could become your competitor. Sometimes these factories are huge, they have distribution partners around the world and you have got this great idea…

How do you avoid having your ideas compromised?

Read on to find out how you can go about protecting intellectual property in China in this two part, ultimate guide blog…

In my experience, you come at it from four angles. Obviously, first register your intellectual property. If you haven’t registered your brands (or anything that is patentable) in China you run a huge risk of not protecting your IP. In China, it’s first to register rather than first to market. That means that if you show me this cool idea that you have at the trade show but you haven’t registered your logo, I can go to Beijing now and pay a hundred bucks and register it. Now, according to the Chinese government I own it, so be very careful on who you share your ideas with!

The good news is that it’s very affordable and easy to register your brands and patents in china. Nowadays there are plenty of English speaking lawyers in China that I can introduce you to that I work with, and they are even less expensive than doing it back home.

Register your IP not only at the government, but also with the port authorities.

For example, if you are dealing with a product that has Disney licensing, technically the port authorities should be checking if it is a licensed exporter before the goods go out. Even if you’re not Disney, you can still get your product as a registered brand, and believe it or not because the Chinese know that they’ve had a black eye for IP infringements for so long, they’re going out of their way to enforce these issues.

So let them do their job! If it belongs to you let the courts work for you in China, and don’t forget to tell your supplier that not only does this brand belong to you, but it is important that they don’t do business with other companies or other brands. A lot of times we register the product, but we forget to explain to our supplier why is it important that they don’t do business with these five other competitors. So I’ll talk a little later on how to make that stick, but don’t forget to at least tell your suppliers what’s important to you about respect of your intellectual property.

Limit your exposure both during production and especially pre-production

I have a good friend who is a Chinese factory boss and I went to his factory one time and his R&D department said R&D on the outside, it was a nice little office, so I went inside, and there were no employees or computers, it was just a room with some dust on the floor.

But, he always had really great ideas and the coolest products and I asked him over a couple of beers one time, “Hey, how do you come up with all these great products and there’s no one in your R&D department?” To which he replied, “Trade shows.”  “What do you mean?” I asked him.

He went on to tell me that often visitors to the trade shows are under a lot of pressure to find a factory. So they come with all their ideas, their blue prints, their counter samples and they give it to fifteen factories and maybe do business with one of those factories. What about the other fourteen factories? Now they have your idea, they have the specifications, maybe they really like your idea, so much that they want to copy it. My friend’s trade show booth was not necessarily to meet new customers, but it was to see what new trends are out there, copy those and get it to market before that person who was coming to the trade show gets it to market.

So, how can you avoid that? Once you’ve gone through all of these steps, then you let them see the secret sauce. Take it in steps.

Now, once you get to the production phase, you also need to be careful, especially if you’re dealing with a sub-supplier, or traders. You need to consider who has access to your technology.

If you’re a new brand, and you’re working with a company but they won’t let you visit the production site, that’s usually a red flag that they are a trading company or a broker, and they don’t own that factory. Well, who is that factory doing business with? If your manufacturers are dealing with your competitors, your ideas can get stolen really quick.

If you have sensitive intellectual property or even brands that you want to protect, you need to at least have a plan before you go out there and start sourcing.

One of the areas of business that I am in is ‘Black Box manufacturing’. Let’s say that you have a really cool band, but the mechanics are off the shelf. Continuing with the example of the watch, essentially, you would send us the band from the band supplier, the hardware from the hardware supplier, the clasp and the mechanics from another supplier, and then behind closed doors I have a hundred employees that kit things together. That’s black box manufacturing.

This is one way you can be strategic about how you compartmentalize the products so that the wrong party doesn’t see the whole thing. If you’re dealing with proprietary items that are custom made, consider owing the tooling. For example, maybe to get your watch band in the the shape that you want, the factory needs to have a certain type of compression tooling or mold to make it. You might go on to tell the factory that since this equipment is being used exclusively for my product, I would like to own it outright. This way if anything goes wrong with the supplier, you can pull it (maybe you won’t be able to move it quickly to another factory), but at least you’ll have stopped the poor performing factory from replicating your product easily. When I’m doing custom products I write up who owns the tooling in my contracts, and that’s a contract separate from the actual production order.

That’s it for the first part of protecting intellectual property in China. Next time we’ll take a look at more ways to limit your exposure, how you can go about monitoring the safety of your IP and enforcing it.

How to go about protecting intellectual property in China

Why you always proof read

Stand Up While You Read This! More validation that the TrekDesk is the right product at the right time.
0 replies

Dealing with business issues: Domestic vs a China-based lawyer (2)

The ultimate guide to protecting intellectual property in China – Part...
Scroll to top