In my post yesterday, I wrote that China was not embracing “green” technologies… yet.

This article in The Washington Post gives a good overview of the steps China is taking to make that ‘yet’ come quickly. Nuclear may not be everyone’s idea of clean energy, and certainly there is a large CO2 cost upfront to build the reactors, but once past the hurdle, you aren’t burning coal anymore. As someone who was once lost on the streets of Beijing in clouds of coal smoke, this would be a very good thing.

OK, so I was blind drunk at the time, but less than 100 ft of visibility is still really, really bad pollution. I make the point to American environmentalists all the time – you really don’t know what pollution looks like if you’ve never left southwest Virginia. Heck, I would argue you don’t have a clue until you’ve left the United States

China in general is progressing at an astonishing rate – industrialization, legal framework, financial systems, the largest mass migration in human history – and hopefully rational environmental policies follow suit. As I see it, the Chinese labor pool is so vast (at least until the demographic time bomb that is the one-child policy causes an economic implosion in about 30-40 years) that they can maintain their manufacturing cost advantage and still provide a (marginally) healthier environment for their citizens.

I hope for the sake of our staff in Shenzhen, that the government gives this effort more than lip service. 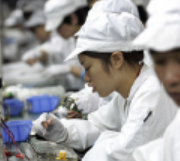 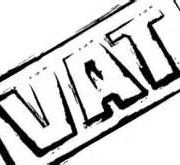 Any VAT rebate in China on tooling made here?

Contract manufacturing in China: No need to set up a WFOE or JV