A note on these blog entries – if you are following this on Facebook (which is blocked rather effectively by the Great Firewall of China), if the photos don’t load properly go to my blog page – http://psschina.com/category/whits-china-business-blog/.

In yesterday’s post, I failed to include one very important photo of the single best vegetable dish in all of China. This is from the Xinjiang restaurant on the night of my arrival.

What you see in this picture is not a plate of noodles. Rather it is a potato cut into incredibly thin, consistent strips that mimic the look of noodles. This is all done by hand. I do a fair amount of cooking, but I cannot even imagine the time and skill it must take to make this dish. Quickly stir fried with chiles and chile oil, just so the potato begins to soften, this is one of the most elegant dishes I’ve eaten. Costs about $2.50 at this upscale restaurant.

Now last night for dinner we went to Mao Jia, The House of Mao, for excellent Hunan food. Mike’s wife is from Hunan, and it is one of my favorite styles of Chinese cuisine. Some photos – getting hungry again just looking at them. Afterwards, I went out on the town with Dave Learn to a local nightclub. The music was so loud you felt it in your bones. A very good time despite the limited conversation. Afterward, we went to get a massage at about 3 AM. This is not as strange as it may sound. It is quite common for saunas in China to operate 24 hours a day, and the place was well staffed and quite elegant. Dave was in charge and so I am not sure what type of massage he ordered but it was at least two hours long and hurt like hell. I woke up this morning feeling like I’d been on the losing end of a bar fight. I got the crap beaten out of me by a 90 lb girl. That said, it’s even money I’ll have another one in a day or so – at about $15, you can’t pass it up.

Despite getting home at dawn, after a few hours sleep, I was ready to go again. Meeting Mike Bellamy at his new home for a lunch meeting, I was blown away by the view from his terrace. Lunch consisted of fast food Japanese noodles for me and a Subway meatball sub for Mike in a mall food court. Go figure.

At Mike’s building is a fire safety sign in the lobby. He pointed it out to me because whoever made it used a computer translator “robot” to get the English. Every expat has a book full of stories about terrible English translations, but this takes win, place and show in the international competition for world’s worst translation. This a great example of why PassageMaker is in business. The robot picked up a character, 朝, cháo, that is commonly used to abbreviate North Korea, but also means “towards”, as in “move towards the exit”. Maybe someday they will make a translator that really does the job, but until then, you need experienced capable human beings.

We spent the rest of Saturday working at the office. Tonight we are meeting a visiting friend for Mongolian food (I get hungry just writing those words) and then out to the grand opening of the new McCawley’s Irish Pub in the Futian district of Shenzhen. The original McCawley’s is way out in Shekou, about an hour from the office, and it will be nice to have a good pub closer to the office. 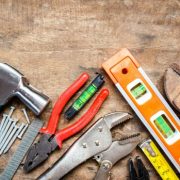 The Shanghai show has begun

Accept Defeat: The Neuroscience of Screwing Up
0 replies