In my post the other day,”Eduscam?“, I pointed to the entirely anecdotal experiences I had recently with our college educated youth who haven’t a moment’s work experience between them when they leave school. I had one thought that I decided to save for today.

Many young souls seem to want to be bankers or lawyers, as though these are highly lucrative careers that guarantee a sweet life in the Hamptons. Certainly they can, but most bankers and lawyers slog along without ever making the big bucks. Moreover, they are careers without a real product that you can point to and say “I made this”. I tried explaining there are no safe corporate career paths anymore, and believe me when the cost cutting starts, they start in middle management.

I remember reading an article written by a British MP maybe 20 years ago that has formed part of my philosophy ever since. At the time he was writing about the challenge posed by Japan to the British manufacturing base, what was left of it anyway. I am going from memory and as the article predated the internet, I have had no luck finding it. But the quote went something like this,

British Leyland did not go out of business because of the Japanese. It failed because it made dreadful cars. Our economy today is almost entirely based on people in London trading bits of paper.

Did this make anyone substitute “Chrysler”, “Chinese” and “Lehman Brothers” in their heads?

The issue has been much debated of late about whether China’s economy is a bubble, perhaps the greatest bubble of all (see here, here, here, here and here). Certainly the yuan is undervalued. Certainly much of what you see in the Chinese cities is pastiche – empty buildings abound in any major city. There is vast overcapacity in many industries, driven by cheap loans from government banks to drive development and keep unemployment manageable, similar to the government role in the Japanese and Korean economies during their early growth periods.

But my mind and my gut keep coming back to that quote from the Brit – “real economies make things“. There is real manufacturing know-how in China and it grows stronger daily as they gain more experience. The infrastructure and man-power are real. These are not paper assets that vanish in the blink of the eye like the billions lost in the last two years in the USA.

Does the Chinese economy need to make adjustments. Yes, indeed it does. So does the USA. And as with all things, we will all be forced to one way or the other. But the knowledge gained in this Chinese industrial revolution will persist and remain a real asset even if the bubble does burst. Japan is still the #2 economy despite 20 years of stagnation. They have not fallen back to the misery of late 1940’s. I am confident China will survive as well, even with their monumental challenges. They have come so far in 30 years, I just don’t see them giving up, and when the world economy does recovery, they will still be the largest source of low-cost manufacturing capability on the planet.

And future bankers of America need to remember it is a whole lot easier to move a financial center than the infrastructure required for manufacturing.

PS – If you have never watched Top Gear, I highly recommend it. The 30 minute episode on British Leyland is well worth your time, if only to remind yourself of how awful cars used to be. 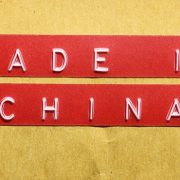 Eduscam? Heading back
Scroll to top