China sourcing tips when it comes to quality

During my 20 years living in Asia, I’ve owned a number of different business entities in greater China, ranging from China WFOE’s to HK holding companies to service companies. I’ve represented fortune 500 companies as well as startups in their dealings with Chinese suppliers. In one of our recent busy years at PassageMaker, my team was responsible for sourcing over 200 million USD worth of goods in China.

I was the point person for negotiations and contract review with the suppliers. I’ve taken Chinese companies to court (and won!) over disputes arising from poor quality, broken promises, pirated goods & late deliveries. The legal system has come a long way in China. Foreigners can get a fair shake if you know how the system works.

I have taken the liberty of creating a short series including video tutorials and expanded transcripts that goes into some detail about how foreigner buyers can protect themselves in China.

And it’s not enough to state in a contract/PO that the agreed spec is based on the pre-approved golden sample because a physical sample can be interpreted in many ways. If you take any two items and look close enough, there will be some type of variance in some aspect. You may look at production parts and say it is “not per sample”, factory may look at same production pieces and feel that it is per sample. “Made to Sample” leaves far too much room for interpretation.

Here are 5 better ways to limited you exposure to quality issues:

As buyers we need to be professional in our ability to create a written standard for our expected quality.

The ultimate goal is NOT to have defects and the best way to avoid defects is for the factory to have a crystal clear understanding in terms of what is your standard and how to inspect for that standard (including what tools and techniques are required).

For example, if you are buying red umbrellas, it is not sufficient to say “my standard is a red umbrella”.

A professional buyer would state the PMS or Pantone # of red they want and also offer counter samples of 3 things:

The inspection protocol should also be well defined. For example, umbrellas are pulled from the line at random per AQL level 2, inspected against agreed counter samples, held at arm’s length under natural light.

Any China sourcing veteran will agree- if you don’t put down in writing a scientific and repeatable inspection process for the key aspects of your product, there is a high likelihood you will get exactly what you didn’t want.

To see how a professional contract manufacturer lays out the internal inspection standards for inspectors and workers on the line, visit PassageMaker’s Product Quality Manual.

Perhaps the best advice is this:

As a general rule, the buyer should write the product specifications pretending that the supplier is new to the industry. Really “spell it out”.

What happens when you have quality problems?

Despite the best efforts to prevent it, at some point in your career you will receive non-conforming goods. So get ahead of the problem and ask the supplier in advance, “if there are defects, who pays for the rework?”

In my 20 years of working with suppliers in Asia, I’ve had lots of missed lead times because of quality problems. But in all those years, not once have I had a supplier say to me “Mike, we missed the lead time by about a week, let us pick up the FedEx charges to send the replacements to Las Vegas.” Not once. Until I started putting in my contract, if the lead time is missed by X days I get X discount.

Sometimes the suppliers forget about those agreed terms and I get a call at the eleventh hour saying “Mike, you know we’re friends and I hope you understand but we just got this big order from Disney, is it ok if we ship your items a week late? Can you do me a favor on this one?”

And my answer is always pretty much the same. “Mr. Wang, sorry to hear about that and luckily I knew that this might happen because it’s close to Chinese new-year so I built in a two week window or padding with my costumers but more importantly I’m so glad that we have this contract in place because we could really use that five percent discount, so you take your time I’ll give you up to 14 days to ship out.” What happens next…it magically ships out the next day to avoid the discount that is applied for each day late!

Because the penalties were pre-agreed, Mr. Wang can’t renegotiate at the 11th hour.

You made the effort to make a contract with clear delivery dates but perhaps you want it a bit earlier than agreed. So you ask “Mr. Wang, my costumer would love it a week early, can you ship ahead of time?” Realize you’re asking them a favor. Don’t think that the supplier is not keeping score. Later, when they have a problem meeting the ship date, they’re going to ask the same thing to you “We’re going to miss Christmas this year, is it ok if we get it in early January to you rather than early December? We did you a favor last time, now we need this favor.”

Don’t break the terms of your own contract because that leaves the suppliers an open door.

Too good to be true, rings true, when buying from or selling to China! 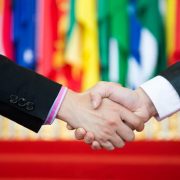 China sourcing: Be smart when drawing up contracts
0 replies

My 4 year old daughters’ introduction to outsourced manufacturing and project...