Here’s a great article from the NYT by Olivia Judson about the health benefits of staying active while working. I am a huge believer in this concept, and I built my own treadmill desk some years ago with the help of my brother-in-law. I was thinking about taking the idea to market when PassageMaker was approached for a Sourcing Feasibility Study by the inventor who beat me to the patent office, Steve Bordley of TrekDesk. Over the course of the coming months, he worked with our Endorsed Service Provider, Dwight Smith of Contract Engineering Services, on the design and then with our team for Vendor Coordination / Product Development, led by Dave Learn. The VC/PD team handle the research that goes into the Sourcing Feasibility Study and should our client decide to proceed with the project, Dave’s team is then introduced, fully up to speed and ready to roll.

This project has now transitioned to Pramod KC‘s team for production. Pramod’s team manages the vendors (we call it Vendor Coordination / Export & Logistics) and coordinates to make sure our Assembly Center gets all components and performs Assembly-Inspection-Packaging to the customer approved Product Quality Manual. When all is complete, our Logistics Department arranges the shipment, often shipping directly to the client’s distributors and retailers, often in customer-specific packaging, including point of sale displays and barcoding. In short, this is not only a great product, but it is a great example of how the PassageMaker system works start to finish.

But enough about us, back to the article. Key paragraphs:

You may think you have no choice about how much you sit. But this isn’t true. Suppose you sleep for eight hours each day, and exercise for one. That still leaves 15 hours of activities. Even if you exercise, most of the energy you burn will be burnt during these 15 hours, so weight gain is often the cumulative effect of a series of small decisions: Do you take the stairs or the elevator? Do you e-mail your colleague down the hall, or get up and go and see her? When you get home, do you potter about in the garden or sit in front of the television? Do you walk to the corner store, or drive?

Just to underscore the point that you do have a choice: a study of junior doctors doing the same job, the same week, on identical wards found that some individuals walked four times farther than others at work each day. (No one in the study was overweight; but the “long-distance” doctors were thinner than the “short-distance” doctors.)

But it looks as though there’s a more sinister aspect to sitting, too. Several strands of evidence suggest that there’s a “physiology of inactivity”: that when you spend long periods sitting, your body actually does things that are bad for you.

As an example, consider lipoprotein lipase. This is a molecule that plays a central role in how the body processes fats; it’s produced by many tissues, including muscles. Low levels of lipoprotein lipase are associated with a variety of health problems, including heart disease. Studies in rats show that leg muscles only produce this molecule when they are actively being flexed (for example, when the animal is standing up and ambling about). The implication is that when you sit, a crucial part of your metabolism slows down.

Nor is lipoprotein lipase the only molecule affected by muscular inactivity. Actively contracting muscles produce a whole suite of substances that have a beneficial effect on how the body uses and stores sugars and fats.

Which might explain the following result. Men who normally walk a lot (about 10,000 steps per day, as measured by a pedometer) were asked to cut back (to about 1,350 steps per day) for two weeks, by using elevators instead of stairs, driving to work instead of walking and so on. By the end of the two weeks, all of them had became worse at metabolizing sugars and fats. Their distribution of body fat had also altered — they had become fatter around the middle. Such changes are among the first steps on the road to diabetes.

Some people have advanced radical solutions to the sitting syndrome: replace your sit-down desk with a stand-up desk, and equip this with a slow treadmill so that you walk while you work. (Talk about pacing the office.)

Why yes, yes we have. It feels to good to be a radical sometimes!

I have found that walking at 2.2 mph at 6 degrees of incline is just right to really get your heart rate going and still be able to type, write and talk on the phone. So go order a TrekDesk, and if you need help bringing your product to market, give PassageMaker a call! 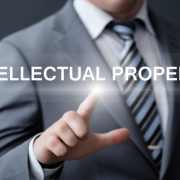 Is your Product Compliant with Government Standards?

No, it’s a want to issue

Governmental incompetence and the illusion of the opposite…

The ultimate guide to protecting intellectual property in China – 1

Child labor Back after a long absence…
Scroll to top