A famous quote from Woody Allen, and 100% true.

When Mike Bellamy started PassageMaker, he was working out of his living room. He had no work force, no infrastructure, just his own willingness to work and work and work until the job was done. He showed up, plain and simple.

PassageMaker made plenty of mistakes in those early days. But Mike kept showing up, over and over, and he learned from his mistakes. He listened when a client (like me) told him what he was doing wrong and how to do it right.

And I listened and learned as well. Mike’s great innovation was to separate the service offerings from a set base of vendors. It was not an easy sell in a world dominated by the trading company model. It took real guts and vision to chart a new path and stick to it.

Since that epiphany, PassageMaker has added our Assembly Center in Buji, including the precision Medical Assembly Center, and has grown from 3-4 people working in the founder’s living room to a company with around 150 employees worldwide. Still small enough to care about the success of each of our clients, but big enough to provide the depth of services our diverse customer base requires. 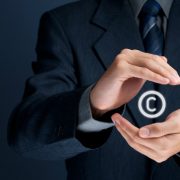 More TREKDESK in the news!

You must freeze the design
0 replies

Texas Tavern Wisdom There’s a lotta stuff you can’t learn from a textbook, because no...
Scroll to top