This is a brilliant piece from Jonah Lehrer in Wired about how scientists get bottled up by their own preconceptions and groupthink and miss the discoveries their research is accidentally uncovering. Key paragraphs:

While the scientific process is typically seen as a lonely pursuit — researchers solve problems by themselves — Dunbar found that most new scientific ideas emerged from lab meetings, those weekly sessions in which people publicly present their data. Interestingly, the most important element of the lab meeting wasn’t the presentation — it was the debate that followed. Dunbar observed that the skeptical (and sometimes heated) questions asked during a group session frequently triggered breakthroughs, as the scientists were forced to reconsider data they’d previously ignored. The new theory was a product of spontaneous conversation, not solitude; a single bracing query was enough to turn scientists into temporary outsiders, able to look anew at their own work.

But not every lab meeting was equally effective. Dunbar tells the story of two labs that both ran into the same experimental problem: The proteins they were trying to measure were sticking to a filter, making it impossible to analyze the data. “One of the labs was full of people from different backgrounds,” Dunbar says. “They had biochemists and molecular biologists and geneticists and students in medical school.” The other lab, in contrast, was made up of E. coli experts. “They knew more about E. coli than anyone else, but that was what they knew,” he says. Dunbar watched how each of these labs dealt with their protein problem. The E. coli group took a brute-force approach, spending several weeks methodically testing various fixes. “It was extremely inefficient,” Dunbar says. “They eventually solved it, but they wasted a lot of valuable time.”

The diverse lab, in contrast, mulled the problem at a group meeting. None of the scientists were protein experts, so they began a wide-ranging discussion of possible solutions. At first, the conversation seemed rather useless. But then, as the chemists traded ideas with the biologists and the biologists bounced ideas off the med students, potential answers began to emerge. “After another 10 minutes of talking, the protein problem was solved,” Dunbar says. “They made it look easy.”

When Dunbar reviewed the transcripts of the meeting, he found that the intellectual mix generated a distinct type of interaction in which the scientists were forced to rely on metaphors and analogies to express themselves. (That’s because, unlike the E. coli group, the second lab lacked a specialized language that everyone could understand.) These abstractions proved essential for problem-solving, as they encouraged the scientists to reconsider their assumptions. Having to explain the problem to someone else forced them to think, if only for a moment, like an intellectual on the margins, filled with self-skepticism.

This is why other people are so helpful: They shock us out of our cognitive box. “I saw this happen all the time,” Dunbar says. “A scientist would be trying to describe their approach, and they’d be getting a little defensive, and then they’d get this quizzical look on their face. It was like they’d finally understood what was important.”

What turned out to be so important, of course, was the unexpected result, the experimental error that felt like a failure. The answer had been there all along — it was just obscured by the imperfect theory, rendered invisible by our small-minded brain. It’s not until we talk to a colleague or translate our idea into an analogy that we glimpse the meaning in our mistake. Bob Dylan, in other words, was right: There’s no success quite like failure.

I’ve seen this dynamic at work many times during my career. It is an example of why I believe Climategate explodes the consensus on AGW. Groupthink does happen and it can be tremendously expensive when designing a product. One major advantage to hiring a contract engineer (like one of our Endorsed Service Providers) is the dispassionate point of view they bring to the process.

PassageMaker also brings a detached, professional perspective to a project. As I’ve written before, inventors really need a partner who is not in love with their idea. Just as alcohol is responsible for no end of bad marriages, pursuing a flawed design concept because you are drunk with the beauty of your own concept is a really, really bad idea. 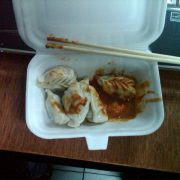 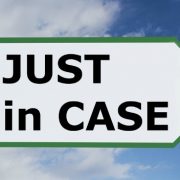 Supply chain in China: From ‘just-in-time’ to ‘just-in-case?’

Product Certification and Compliance in China: The Key Steps.

How to make a BLT
0 replies

You must freeze the design Boy, I just can’t wait to fly now…
Scroll to top