I drafted the original post below months ago, for some reason never published it. This vile piece of excrement got me motivated. WARNING – the video at the link is graphic, showing children and adults being blown up for being opposed to or just apathetic about global warming. If you want to a good idea of just how screwed up the environmentalist movement really is, and how little impact they will have trying to sell their message to developing economies like China, India, Brazil, etc., watch the video. This is what evil looks like.

People who live in the polluted areas of China know it, and any of them will tell you they’d like things to be cleaner, but most also understand this is a trade-off – one kind of green for another. Green technology will fly in these markets as long as it works at a reasonable cost. As I’ve said before, environmentalism as it currently exists in the West is a luxury. When you are dirt poor, you are far less likely to get misty-eyed about dirt.

I cannot do better to close my commentary on this wretched bit of eco-fascist propaganda than quote the great James Taranto quoting the peerless David Burge, aka Iowahawk:

No, this video was made by green supremacists themselves, and with a high degree of technical proficiency. As 10:10 itself observed in a statement (since removed from its website), the video required the efforts of “50+ film professionals and 40+ actors and extras.” Blogger David Burge notes that “somehow, throughout this entire process, not one of the hundreds of people involved seemed to have questioned the wisdom of an advertising message advocating the violent, sudden death of people who disagree with it.”

Now, the original post, drafted way back in January 2010:

This is an excellent piece on how the “green” movement gets it wrong when it targets human beings as the problem.

But the main, fundamental problem facing the movement after Copenhagen–which none of the green factions have yet addressed–is its people problem. The movement needs to break with the deep-seated misanthropy that dominates green politics and has brought it to this woeful state. Its leaders have defined our species as everything from a “cancer” to the “AIDs of the earth.” They wail in horror at the thought that by the year 2050 there will likely be another 2 or 3 billion of these inconvenient bipeds. Leading green figures such as Britain’s Jonathan Porritt, Richard Attenborough and Lester Brown even consider baby-making a grievous carbon crime–especially, notes Australian activist Robert Short, in those “highly consumptive, greenhouse-producing nations.”

Yet a slower population growth–while beneficial for poor, developing countries–can lead to a dismal, geriatric future in already low-birthrate nations like Germany, Italy, Spain, Japan, South Korea and Russia. And although birth rates are dropping in most developing countries, particularly those experiencing rapid economic growth, it will likely be decades before population stops increasing in most of the developing world.

Besides, people in developing countries have much more important things to worry about–such as earning a living and getting ahead. Fighting climate change ranks low on the list of Third World priorities. The sprawling slums of Mumbai need more energy, not less; they want better roads, not fewer. More economic development would produce the money to help clean the now foul water and air, but also provide access to better education, one of the best ways to assure more manageable birth rates.

Instead of looking to make developing countries even more dependent on Western largesse, greens should focus on ways to help improve the day-to-day lives of their people. Rather than prattle on about the coming apocalypse, they could work to replace treeless, dense slums with shaded low-lying clean houses that are easier to heat or cool. Those interested in nature might purchase land and rebuild natural areas. The children of cities like Mumbai should have the opportunity to experience wildlife other than crows, pigeons and rats.

The environmental movement also might as well forget fighting the aspirations of the burgeoning middle class in India, or other developing countries. No developing world politician, whether from democratic India or Brazil or authoritarian China will embrace an agenda that stifles such aspirations. [emphasis added]

My first post when I started this blog was about the passing of Norman Borlaug. Despite developing strains of wheat and rice that fed millions and helped lift millions more out of crushing poverty, some in the “green” movement saw this as a bad thing. Feeding people was a bad thing, as it leads to more people. To those folks, and to the modern “greens” like them, I encourage them to lead by example. Starve yourself to death if you believe in it that strongly. Or if you can arrange to have your surviving relatives recycle the bullet, make it quick for yourself.

But since that’s not going to happen (the world needs them too much, don’t you know), I guess it’s back to ignoring the Luddites and finding technological solutions for the problems we face. Care to make a bet on the Chinese and Indian contributions to said tech solutions? 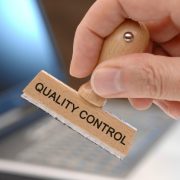 Quality control in China: Another great graphic from Renaud 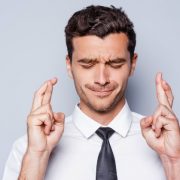 How to organise an effective RFQ in China

The principle function of a design engineer…