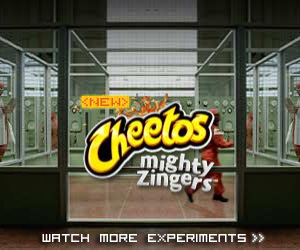 This analogy has a number of problems with it (like most analogies), but I got the point the first time I heard Mike Bellamy make it.

Too many American industries rely on illegal labor to remain cost competitive, thus the constant drama on the border issue.

The China nearly every Westerner sees is the coastal veneer. The majority of China still dwells in the poor, mostly agrarian interior. Their source of cheap labor in internal.

And as this article in Slate by Brett Edkins points out, in a sense, many of those Chinese migrant workers are “illegal” anyway. Key paragraphs:

The United States could begin by conceding one of China’s principal arguments: Human rights are not just about individual liberty, but also economic opportunity. The Chinese “economic miracle,” which lifted 500 million people out of poverty in just one generation, is itself an unprecedented human rights achievement. Yet it gave rise to other pressing human rights concerns, including an issue that threatens to destabilize China’s Communist regime—growing discrimination against the roughly 200 million Chinese citizens who left their rural homes to find jobs in China’s booming cities.

In many ways, these rural migrants resemble undocumented immigrants in the United States. In China, they provide indispensable labor for vast urban construction projects and work in menial jobs as guards, waiters, cooks, or barbers. They are often mistreated by employers, generally live in poor conditions, and receive few social benefits and limited protection from the police. And their children are regularly denied public education.

Chinese newspapers, “Netizens,” and even Communist officials are calling for reforms. Their main target is China’s 50-year-old household registration, or hukou, system. Began as part of China’s state-run economy, the hukou system labels individuals as “rural” or “urban,” indicating their proper place of residence and binding laborers to the land. Today, rural residents are permitted to travel to the cities, but they can still be fined or forcibly returned home if they are caught working or living outside their designated hukou. Obtaining a temporary urban-residency permit from the police is beyond the means of most migrants, requiring a fee and employment documentation. Permanently changing one’s hukou by attending university or joining the military or the Communist Party is similarly out of reach.

I will admit I not a fan of the author’s wording, “undocumented migrants”. If you illegally cross a national border anywhere else in the world (including Mexico), you’ve broken the law. Only in the modern American journalist and politician world does that deserve an obscurant euphemism.

However, the point of the article is that despite the rapid advances, parts of the Chinese state are stuck in the Maoist past. One good thing about dealing with PassageMaker, you know our employees are treated well and legal. As a foreign owned firm, the government would come down on us like a ton of bricks were it otherwise.

Regardless, I am happy to see people in China, including members of the Communist Party, start to address the problem.

There’s a lotta stuff you can’t learn from a textbook, because no one ever wrote the textbook 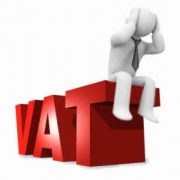 What is VAT rebate in China and how to negotiate a better price?

Setting up an exclusivity agreement with a China supplier

Some miscellaneous articles This is just cool…
Scroll to top